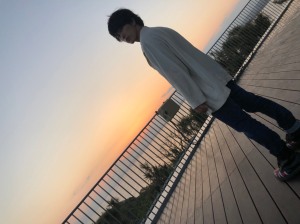 I’ve achieved my commitment and it’s time to move on. But it’s a very very cynical world. I’m wondering how I could live here. I mean… it’s not easy to fulfill in everything. We can’t obtain it.
So you know, I lost myself.

Change my all circumstances 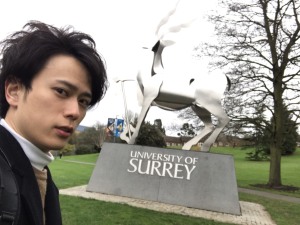 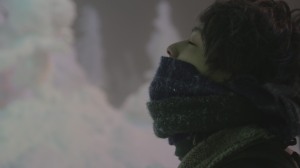 Hi there, I’ve been working hard for my audition of three different acting school in the UK for the last one year. My English have gradually been getting better and better, I believe so. And at the same time, I have been considering my career in the future. Here is the thing…
こんにちは！
去年から1年間、英国留学のためにずっと勉強してきましたが、だんだんと英語が上達してきたように思えます！
もちろん、留学の受験では今後の展望について話さなくてはならず、色々と世界の映画産業・演劇産業について調べていく中で、僕なりにこんな風に考えるようになりました。

I’m getting admission into a great acting school in the UK and I will improve my acting skill using more applied techniques. During the postgraduate, I would like to obtain connections with people involved in the film and theatre industry there, including Japanese to establish my second base in the UK for the one more year after graduating. I mean that I will work as an actor there and find an unique role as Japanese actor in foreign countries. To be honest, it is not clear when I will come back to Japan. It will probably be in two years or possibly more. I’m not sure but it isn’t blind. I can see my path. I can choose my future. I can refresh my career.
(ちょうど来月にロンドンで1週間オーディションがあるのですが、)必ずや入学資格を獲得し、在学中にあらゆる応用テクニックを学んで自分の拙い芝居力を磨こうと思います。
そして、それらの学校は強力なネットワークを持ってるので、在学中にエンタメ関係者と強固なコネクションを作るつもりです。これは、卒業後にもう一年ロンドンで仕事をするためです。もちろん、アクターとして。そして、そこを第2拠点としようとしています。
また、もちろん僕は日本人アクターなので、外国ではそれだけで個性なわけです。それをうまく生かして、自分だけのポジションを確立できればと思ってます。
正直、僕がいつ帰ってくるかなんて分からないし、1年かもしれないし2年かもしれないし、もっとかもしれない。でも、出口の見えない進路ではないんです。ちゃんと見えてます。

The time is coming…
あぁ…近づいてきましたね…

“What do you wanna get in this year? Why?”
「今年あなたが欲しい(手に入れたい)ものは何？また、それは何故？」

Why not? Because I just need it to progress myself.
そりゃー、前に進むために必要なものなので、まずはこれがないと。 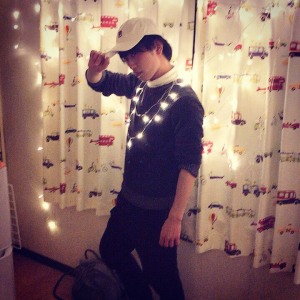 How are you spending the rest of this year? I’m preparing for the next year:)

Ah… I remember about this time last year. I decided to go abroad for acting and set out to study English. And I finally got a best score in IELTS exam!!

And I couldn’t afford to appear on stage, but instead of that, I have been working on screen so far, such as web adverts, TV, web drama…

I met lots of precious people in this year, who support me in business and studying abroad. I really appreciate them, and I will return favors to them. 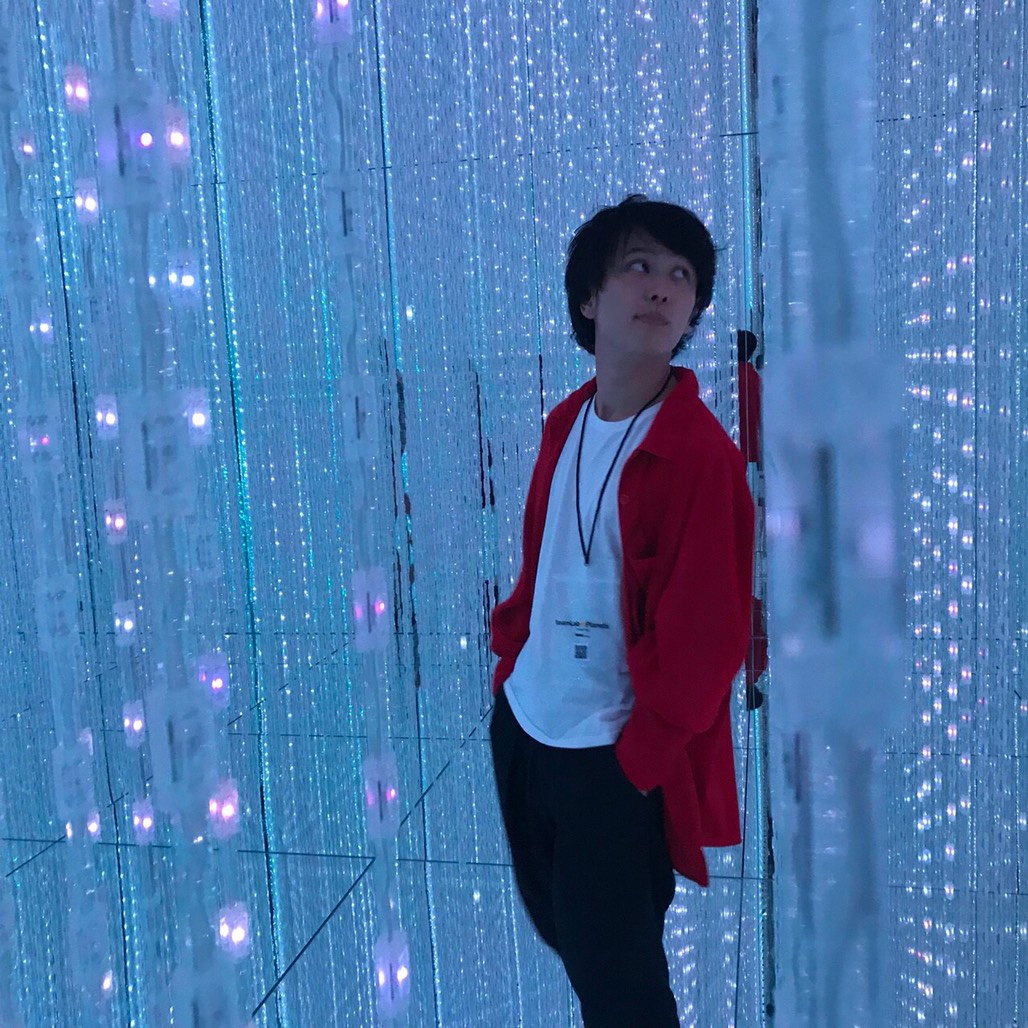 I think healthy eating is more important. Because I would be able to live with healthy diet even if I don’t often do exercise.


Today’s technology in Japan is increasingly developing. Even entertainment industry commence adopting technology and harmonising with interactive productions, such as live concerts, theatre, advertising and anything else we can think of. When it comes to the institution, I should recommend the enjoyable institution, teamLab Planets produced by teamLab Inc.. You can experience their technology there, particularly the projection mapping, Projection mapping is the display of an image on an non-flat surface, instead of projecting on flat screen, light is mapped onto any surface. You can get a spectacular experience with your feet in hot water at the institution. It’s like lots of goldfish would really swim around us. It is incredibly enjoyable!! You should get it a go.

Next, I’ll answer the provided question,
“What the period of a day do you like? And, Why?”

That’s the midnight because I can concentrate on any tasks under the silent condition. In the daytime, there are lots of temptation disturbing me, whereas nothing in the middle of night. But it is unhealthy to stay up late. Needless to say, the early bird gets the worm, however I’m not good at morning, hence I usually stay up late working. I assume there are many people with me. 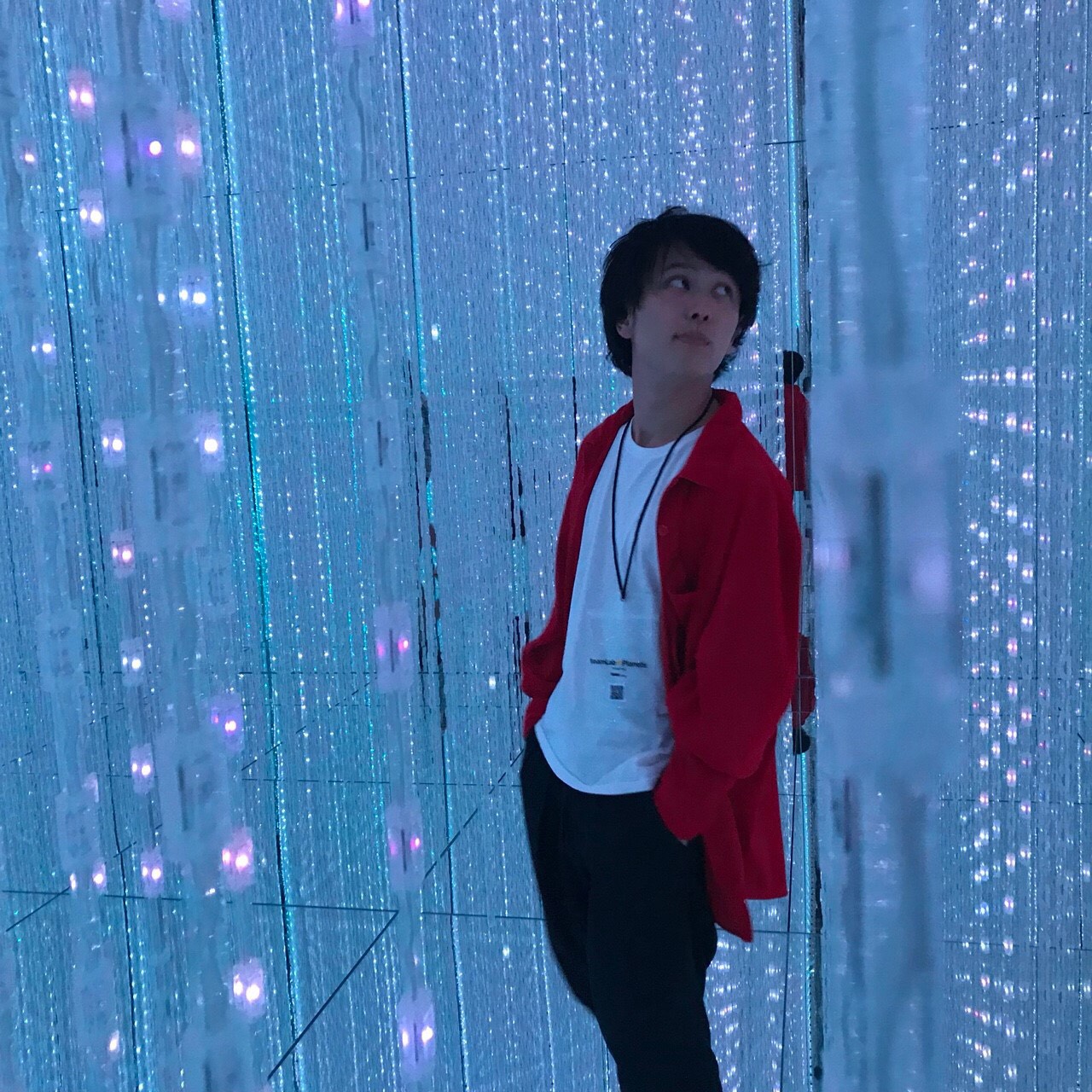 I had a presentation practice in English at a workshop yesterday. I struggled to tell them my opinion, but I couldn’t well…

I’m planning to go to an English language school eventually without a concern of money because the director said that I’m used to speaking in public.

I’m so sorry towards my private teachers. I depend on your kindness es too much. 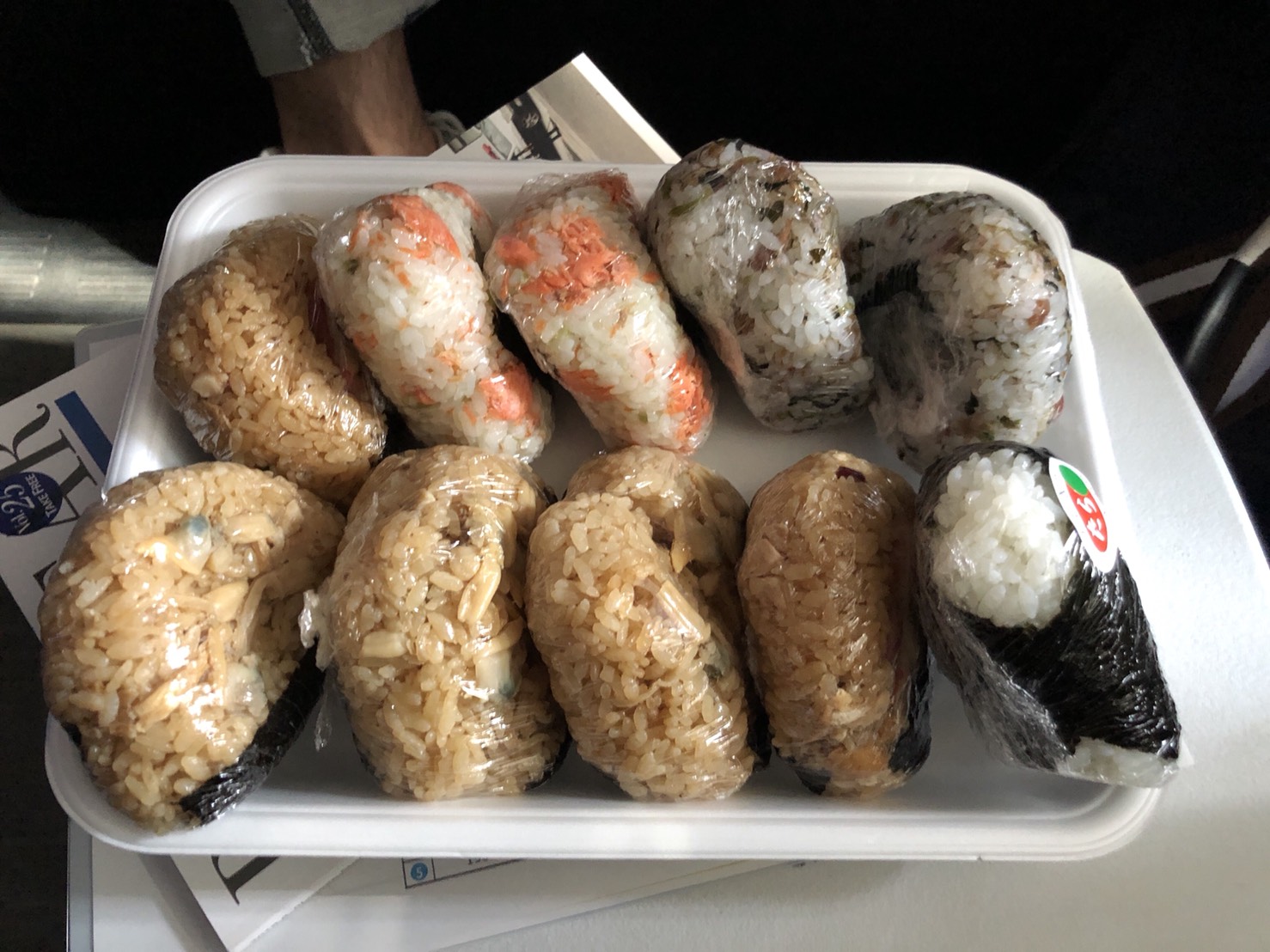 Hi.
I love the rice balls in this picture, which can be bought at 丸豊 in Tsukiji.
When I serve these in the morning on the shooting day, I find that the stuff get exciting. 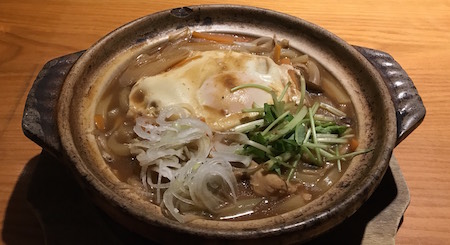 Hi. I’ve melted down due to this heat…

I’ve been in the library to escape from the sun…no, to study English for IELTS.

Anyway, I will answer the question.

“What are you proud of in your hometown?”

My hometown is Aichi prefecture, where I had lived until I was seventeen. Saying in more detail, I lived in Handa city in the period elementary school and high school days, followed by Nagoya city.

I am really proud of the foods in my hometown, especially in Nagoya, for instance, “Hitsumabushi” is a very popular dish, you can eat eel in various ways at the same time. Fortunately, you can eat them in also Tokyo, and I recommend you should go to “Binchou” in the Skytree.

Oh, what’s the dish in this picture?
Sorry, it’s not Hitsumabishi, but also based in Nagoya, Udon boiled with “miso”.

Recently, most Nagoya foods are introduced into Tokyo, I hope you would enjoy the dishes.

Thank you for reading.
See ya. 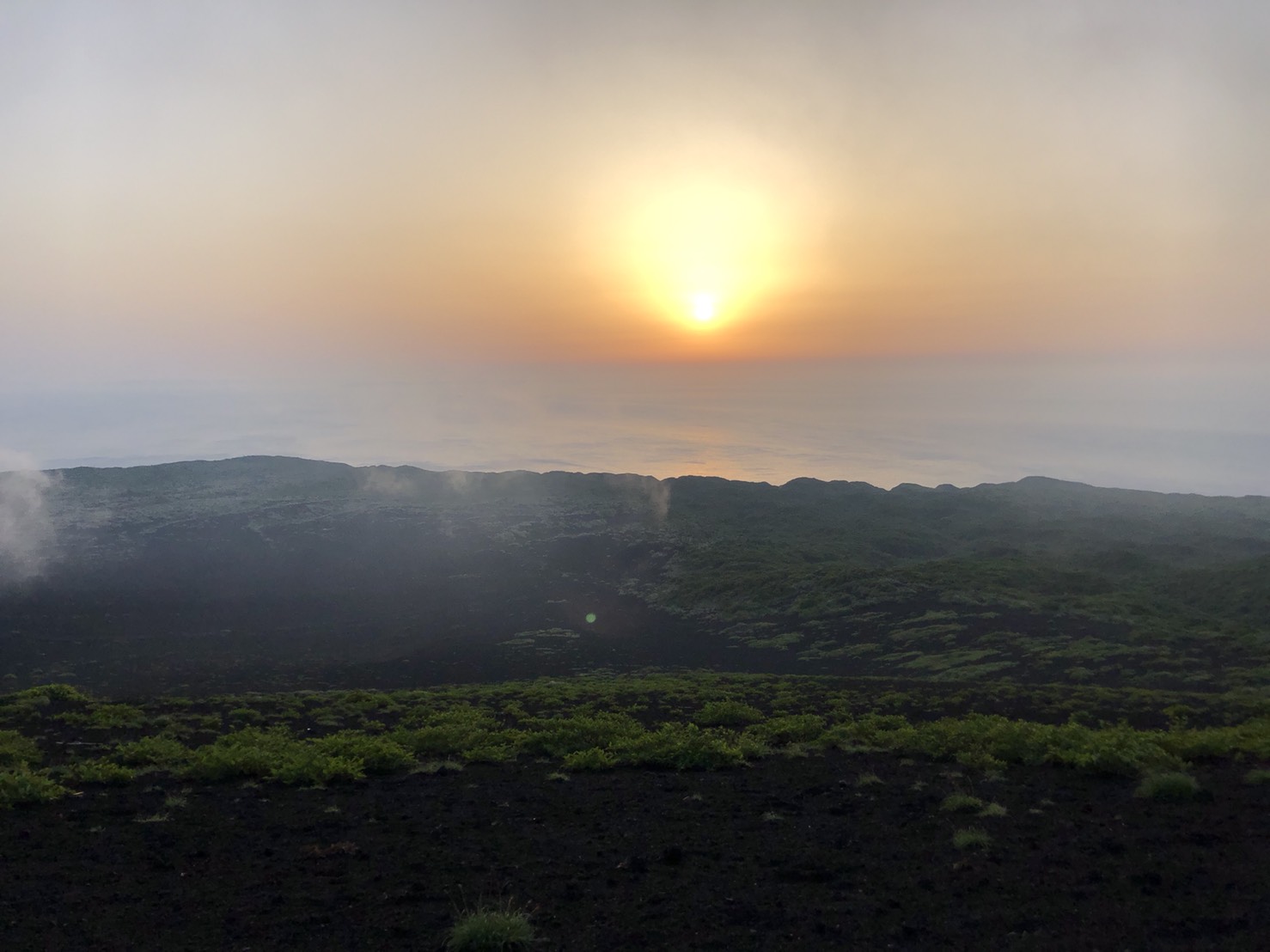 Hi. I’m a sick man…
I have a hell fever and painful all over the body. Although I took a IV thing in this morning, I’m not better yet. 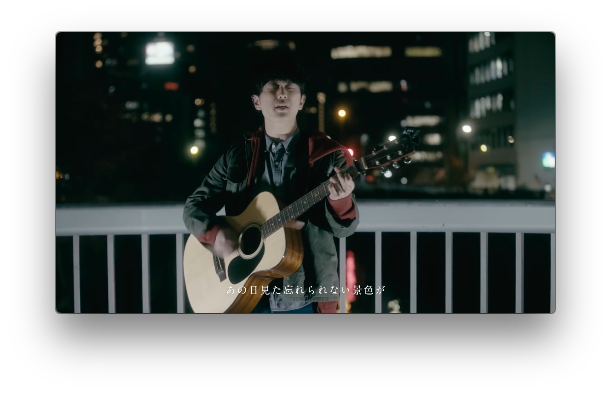